Gerlach was developed as a watering station for the Western Pacific Railroad (WPRR). 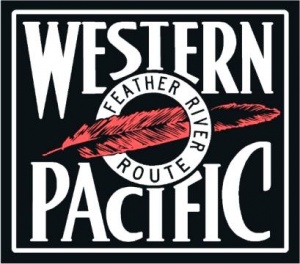 ... The locomotive was placed in storage and retired in 1918 because of declining business on the V&T. It was sold in 1924 to the Pacific Portland Cement Company of Gerlach, Nevada where it saw service as PPC Co. switcher No. 501 until 1931. In 1938 the Empire was donated to the Pacific Coast Chapter of the Railway & Locomotive Historical Society and moved to the San Francisco Bay Area. There it remained until 1966 when it underwent a cosmetic restoration at Bethlehem Steel Corporation's San Francisco shipbuilding yards. ...

The California Zephyr passed through Gerlach.