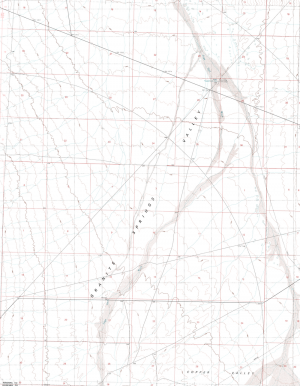 Topo maps of Granite Springs Valley show large semicircles that are centered around a ruin. 9 semicircles have been identified, the largest has a radius of 15 miles.

Initially, it is not clear why the circles exist. In April, 2012, there was a thread on the Wreckchasing message board that put forth the theory that as part of Operation Plowshare, there was to be a nuclear test at this location in southern Pershing County. The theory is that the circles would be part of the arc array where 4 foot square sheets where covered with petrolatum so that fallout could be measured.

However, there are no references Project Gondola or any other nuclear or non-nuclear test associated with Operation Plowshare in this area.

Below are points in rough order of significance with the most significant points first.

After looking at the photos and maps, it appears that this is an Aerojet Corp. test site.

The key insight was that the diameters of the circles did not match the diameters in the citation from the Nevada Test Site, which indicates that perhaps it had a different use, such as for rockets. Searching the web for various terms eventually resulted in a search for "site:newspaperarchive.com rocket lovelock", which brought up

The Pershing County Assessor has a map that has a road name as "Arrow Jet Rd." that leads to the location, see the lower left of [1]. Arrow Jet Rd. is some sort of version of Aerojet Rd. 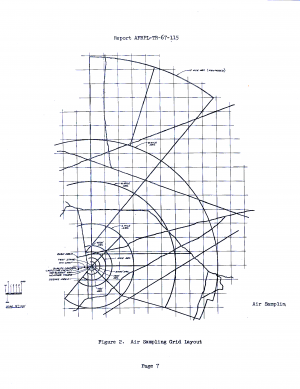 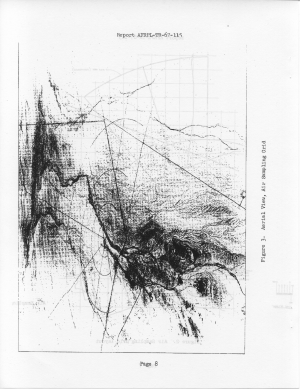 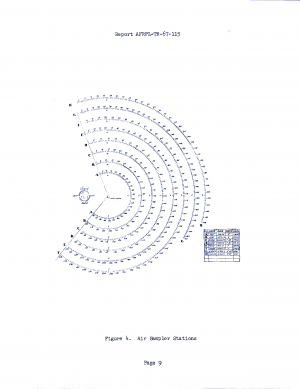 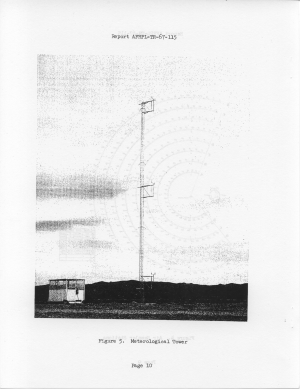 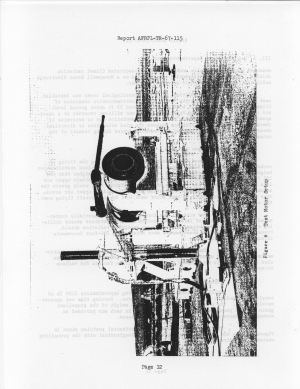 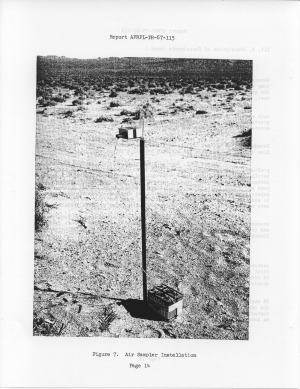