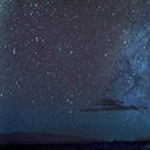 Our friends at the Bureau of Land Management have an open public comment period for a rocket launch and balloon retrieval to be completed by Purdue University students and Loon LLC. Comments are due by March 25. Read on for information about the programs and how to make your voice heard.

In the Black Rock Desert-High Rock Canyon Emigrant Trails National Conservation Area Act of 2000 the National Conservation Area (NCA) was established to conserve, protect, and enhance the diverse values of the area including: scientific, educational, and recreational opportunities. The Playa is identified as having unique opportunities for various recreational, educational, and scientific space exploratory possibilities. The uniqueness of the Playa offers a combination of features that make it a world class destination for numerous recreational, academic, professional, and aspiring rocket scientists. As a result, the Bureau of Land Management (BLM)- Black Rock Field Office (BRFO) did a programmatic environmental assessment for amateur rocket launches in 2017. The amateur rocket launch programmatic EA allows for amatuer rocket launches within the designated rocket launch area of the NCA. Purdue Orbital has applied for a Special Recreation Permit (SRP) to conduct space exploratory experiment within the designated launch area of the NCA, for what they dub the HAPSIS launches. Though the HAPSIS launches differs from traditional amateur rocket launches, they are proposed to occur in the existing rocket launch area and are similar in nature. The purpose of this EA is to analyze the differences between the HAPSIS launches from the proposed action in the Black Rock Field Office Programmatic Environmental Assessment for Amateur Rocket Launches and Vending Activities (DOI-BLM-NV-W030-2017-0016-EA).

Loon LLC has not applied for a SRP, but in the case of unforeseen circumstances the BRFO wants to disclose any potential impacts of a balloon landing. Within the last two years a Loon LLC balloon has landed once within a Wilderness area of the BRFO. The BRFO wants to address Loon LLC balloon landings within BRFO managed lands and analyze potential impacts using the National Environmental Policy Act (NEPA) process.

The issuance of the SRP constitutes a federal action. All federal actions must be in compliance with the requirements of the NEPA. This document will address potential impacts to public land resources resulting in the authorization of Purdue Orbital HAPSIS Launches and Loon LLC balloon recovery within the BRFO. This document will serve as an EA, which will provide site specific analysis and identify the range of potential impacts that could result in the issuance of a SRP and permitted balloon landings.

Description of the Proposed Action

The Purdue Orbital Organization has submitted a SRP application for the HAPSIS launches. HAPSIS is a prototype balloon launch vehicle, designed to test a commercial rocket launch from a zero-pressure balloon. Due to the Purdue Orbital Launch proposal’s similarities to possible Loon LLC super-pressure balloon landings within BRFO managed lands; this EA will serve as a standard for all balloon recovery efforts and authorize balloon landings on land managed by the BRFO. Amateur Rocket Launches have been analyzed in the DOI-BLM-NV-W030-2017-0016-EA, but balloon landings are a new proposal within the BRFO. Therefore, the BRFO will analyze balloon landing recovery projects that occur on rare occasions or in emergency situations.

The Purdue Orbital organization is a student led team based in Purdue University. Purdue Orbital has submitted a SRP application for the HAPSIS launches. HAPSIS is a prototype balloon launch vehicle designed to test commercial rockets with future ambitions of launching Project Cygnet. The HAPSIS launches are designed to test the balloon launch vehicle, flight software, and avionics in order to launch a commercial rocket. The launches aim to gather information for the future projects and ambitions of the group.

A series of launches will occur in the launch area, with the first launch (HAPSIS 1) scheduled for May or June 2019. During HAPSIS 1 a zero-pressure balloon will ascend up to 25 KM while carrying the control and stability system. Once stabilized the commercial rocket will be launched from the platform with a projected total height of 32 KM. Launches after HAPSIS 1 are dependent on the success and information gathered from the first launch. However, additional launches will be similar in proposal to HAPSIS 1 on BRFO managed lands.

The Purdue Orbital Launch team consists of approximately 20-25 students. The team will travel from Lafayette, Indiana to Gerlach, Nevada, which is about 17 miles south of the launch site. The team will stay in Gerlach, NV for up to a week to allow sufficient weather conditions. The team is made up of a Flight Director who oversees different subteams: Launch Structure, Flight Systems, Ground Station, Avionics, Payloads, and Rocket. Additionally, there will be a team dedicated to logistics and equipment recovery.

The flight stage operation plan is broken into eight chronological phases: assembly, integration, communications/system check, inflation, ascent, pre-launch, powered flight, and recovery. The team will utilize a specific go/no-go criteria to ensure safety in the advancement to various stages of the mission. There will be a verbal “go” or “no-go” at the end of each phase. If a verbal “go” is declared, the phase is completed safely and the next phase of the mission may begin. If there is a verbal “no-go” the criteria to move to the next phase has not been obtained. The team will address any issue with the aim of resolving the issue, if issue(s) cannot be resolved the HAPSIS Launch will be aborted. This go/no-go criteria is derived to address crew safety, FAA regulations, equipment functionality, and mission success. Additionally, the HAPSIS Quick Deflation Mechanism and Recovery Systems are designed to abort the mission at any given point. In the case of a loss in communications the flight computer will automatically abort the mission, if communication cannot be reestablished within five minutes. The launch components are equipped with parachute and GPS tracking technology. The parachutes will automatically deploy at the apogee of the launch, and the equipment will be tracked using GPS.

Loon LLC is a subsidiary of Alphabet Inc. which works on providing balloon-powered internet systems to rural and remote areas worldwide. Project Loon uses super-pressured balloons flying 20 kilometers (KM) in the stratosphere, to deliver connectivity. These balloons, similarly to zero-pressure balloons, measure approximately 80 X 50 feet. These balloons are designed to last up to 100 days in flight, before descending back to earth. Similarly to the Purdue Orbital’s proposal, the Loon balloons are equipped with parachute and GPS technology. The Loon LLC utilizes the Winnemucca (NV) municipal airport as a hub for numerous Project Loon launches. A majority of the Loon balloon landings, in the Winnemucca District Office, occur within the Interstate 80 or Highway 95 corridor. However, on rare occasions or emergency situations these balloons have the possibility of landing within BRFO managed lands.

As a result of the proposed Purdue Orbital balloon landing and the possibility of Loon LLC balloon landings, in rare or emergency cases, the BRFO created a standardized balloon recovery approach. This EA does not authorize intentionally landing rockets or balloons in Wilderness areas, culturally sensitive areas, or sensitive species habitat. When a balloon lands within BRFO Wilderness or Wilderness Study Areas a balloon landing representative (Purdue Orbital or Loon LLC) must immediately contact a BRFO representative prior to any recovery. The proponent and BLM staff will work together to ensure balloons are removed in safe, timely, and ecologically sound manner. All recovery efforts will be required to adhere to the relevant stipulations attached in appendix A & B (of the draft EA) and will be used for all balloon recovery efforts in the BRFO.

A draft of the EA was submitted on Eplanning (https://go.usa.gov/xEpZ5) on February 26, 2019. There will be a 30 day comment period from the uploaded date. Please send your comments on the proposed activity within 30 days of this letter to the Winnemucca District Office (ATTN B. Gaard) at the address: 5100 E. Winnemucca Blvd. Winnemucca, NV 89445 or contact Braydon Gaard at 775-623-1747 or by email at bgaard@blm.gov for any questions you may have.